At the 6th triennial CWP Conference, held in the margins of the 64th Commonwealth Parliamentary Conference in Uganda, the issue of bullying and harassment in the workplace was highlighted as an important issue which needed to be tackled across the Commonwealth and beyond. Women Parliamentarians of all political ideologies, from the largest to the smallest legislatures in the Commonwealth emphasised both the need to address the issue and their commitment to drive change, both within their jurisdictions and abroad.

In 2020, the CWP network launched the CPA Anti-Harassment Policy Guidelines as a toolkit to support Parliaments across the Commonwealth in the effort to both address and eradicate all forms of harassment across parliamentary workplaces. Drawing from a wide range of anti-harassment policies and procedures from Parliaments in the Commonwealth, these guidelines provide a detailed step-by-step approach that offers insights and case studies on what appropriate methods should be included when developing or updating their respective anti-harassment policies.

The Workshop comprised of a panel discussion and a concluding Q&A session. 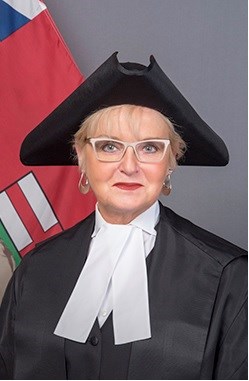 Myrna’s path in life is rooted in her strong desire to make a difference.  Having served as a nurse, a leader in the area of missing and exploited children, and as an elected Member of the Legislative Assembly in Manitoba, Myrna’s many roles have reflected this calling to help make her community a better place.

Myrna was elected Speaker of the Legislative Assembly of Manitoba on May 16, 2016. She  has held a number of diverse critic roles in the past including that of Interim Leader of the PC Party of Manitoba, Deputy Leader, Critic for Health, Status of Women,  Finance, Civil Service & Crown Corporations Council, Child & Family Services, and Education.  During her first year  she was the Legislative Assistant to the Minister of Health. She has been a member of the Public Accounts Committee and  the Standing Committees of WCB & Children’s Advocate.

Myrna was also the chair of the Northern Lights Committee of Caucus which worked towards the development of an economic strategy for northern Manitoba.

Myrna has had the rare success of having five Private Members’ Bills passed.

In 2011, Myrna was elected for a three year term as Chair of the Canadian Region of Commonwealth Women Parliamentarians (CWP) by her peers from across the country. In September, 2012, Myrna was also elected the Vice-Chair CWP International. CWP works for better representation of women in legislatures throughout Canada and the Commonwealth as well as strategizes and acts on gender-related issues in Canada and internationally. In 2022, Myrna took on the role of CWP President of CWP International.

Before entering public life, Myrna had a successful and rewarding career as a registered nurse with experience in general duty, nursing education, quality assurance, medical and nursing research, patient education, and nursing administration. Her nursing experience has led her to have a passionate voice for a better health care system.

Myrna’s professional achievements have earned her recognition in the "Canadian Who’s Who".  For service to her community, Myrna was presented the Queen’s Golden Jubilee Medal as well as being made an honourary Rotarian. She is a member of Women of Winnipeg, an organization of women leaders identified as leaders in the community.

Not afraid to take on a challenge, Myrna has been a strong voice for health, education, justice, and economic issues, and is a champion of youth, seniors’ and women’s issues.  Her persistence, as well as her strong belief in the power and ability of women, led to the establishment of the Nellie McClung Foundation and the monument of Nellie and the Famous Five on the grounds of the Manitoba Legislature. She currently is a Board Member of the Foundation and was the Co-Chair of The Centennial Gala: Celebrating 100 Years of Manitoba Women’s Right to Vote.

Myrna and her husband, Hal live in Charleswood. She enjoys the company of friends, gardening, reading, photography, horseback riding, and the occasional round of golf. 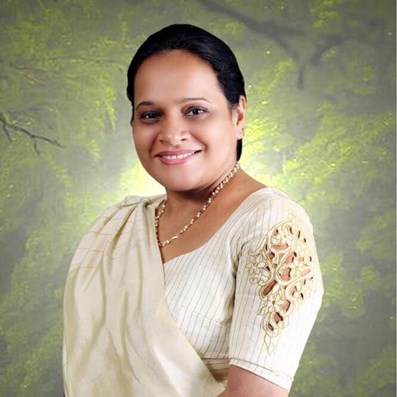 Born in the rural village of Laggala in the Matale district, she is a daughter of the Late Minister for Agriculture and Marketing J.P. Wijeratne Banda, the daughter-in-law of Late Minister for Cultural Affairs P.B. Kavirathna and the wife of late Parliamentarian and member of Central Provincial Council, Sanjeewa Kavirathna.

Prior to being elected into parliament, she was employed as a teacher for nearly 2 decades across multiple prestigious schools in both Matale and Kandy districts.

During her tenure as a people’s representative in parliament, she fiercely advocates for gender equality and equity, education and educational reforms, rights and representation of teaching professionals and agriculture. She spearheaded the condemning of toxic fertilizer which was brought down to the country and mounted a stout political defence in attempting to stop the import of aforementioned. She also presented a private member motion into parliament on the account of banning conversion therapy with regards to the LGBTQI community.

She further functions as the deputy chairman of the Women Parliamentarians caucus in Parliament along with being a member of many other select committees in parliament. Mrs. Kavirathna has faced verbal sexual harassment in parliament and was brutally attacked in 1999 during an election while she was expecting a child. Today, she continues to advocate for the rights and safety of women and children, contributes for educational reforms andrestructuring, uplifting the agricultural sector and wide array of topics. 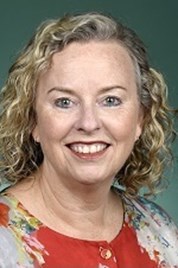 Sharon Claydon is a fifth-generation Novocastrian. She was first elected in September 2013, becoming just the sixth Federal Member for Newcastle since Federation in 1901.

Sharon is an Honours graduate in Anthropology and, before entering Parliament, worked in remote Aboriginal communities and the community-based disability services sector. She also served in local government as a Newcastle City Councillor.

She has previously served as a member of the Reference Group on the National Apology to Victims and Survivors of Child Sexual Abuse.

In March 2015, Sharon became a Member of the Speaker’s Panel, deputising for the Speaker in the House of Representatives.

Sharon is committed to social justice and throughout her career has worked to improve the lives of working people. She is passionate about fighting discrimination and ensuring we leave a better world for the next generation. 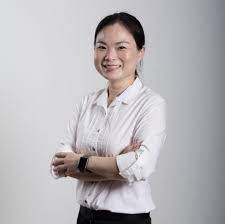 Inter-Parliamentary Union Report on Sexism, harassment and violence against women in
parliaments in Europe

Inter-Parliamentary Union Report on Sexism, harassment and violence against women in parliaments in Africa

Women can face significant difficulties when entering politics in male-dominated environments. The workshop considered the challenges faced by women entering politics in Sri Lanka where there are few women legislators. Education was advocated as critical to combating sexual discrimination and achieving a culture of equality.

In Australia, revelations about sexual misconduct in Commonwealth parliamentary workplaces resulted in the Australian Human Rights Commission conducting an independent review. The workshop heard about the efforts to implement the Commission’s recommendations. In seeking to advance the role of women in Parliament, it was recognised that achieving equal representation is just the first step; changing the culture of Parliaments is the greater challenge.

Women in politics are subject to widespread harassment, sexist remarks and abuse. The workshop delved into the legal framework and policies applicable to sexual harassment in Malaysia, where women’s representation in Parliament remains below the global average.

In Manitoba, the development of a policy on sexual harassment was a top priority for the Speaker of the Legislative Assembly. The importance of achieving all-caucus support, of thorough legal review, of proper definitions and of the examination of complaints by an independent investigator with competence in such investigations was emphasised.

As part of the Commonwealth Parliamentary Conference outcomes, each workshop put forward a recommendation. The following recommendation was approved:

“National and sub-national Legislatures across the Commonwealth should ensure that their Parliaments have policies and legislation in place to effectively tackle harassment and abuse in all its forms for all persons in Parliament.”