To empower small Parliaments to overcome national and global challenges through cooperation, advocacy and the strengthening of parliamentary democracy and good governance.

Learn more about the CPA Small Branches and who we are.
Structure

The CPA Small Branches network comprises of Commonwealth jurisdictions with populations under 500,000 and operates within the framework of the Commonwealth Parliamentary Association. It is governed by an elected Chairperson and a Steering Committee of representatives from each of the CPA Regions within the CPA Small Branches network. Staff from the CPA Headquarters Secretariat support the network by coordinating activities alongside its members.

The formation of the CPA Small Branches Steering Committee was approved and recommended by the CPA Executive Committee at its Mid-Year Meeting in Mauritius in 2018.

The current list of Regional Representatives are as follows: 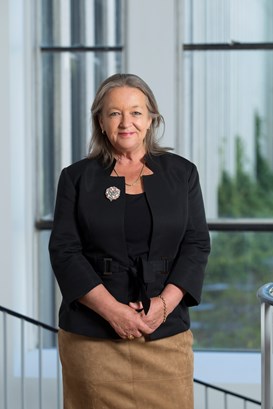 Acting Chairperson of the CPA Small Branches (since Feb 2021): Joy Burch, MLA, Speaker of the Legislative Assembly for the Australian Capital Territory.

Joy Burch was first elected to the Legislative Assembly in 2008 and has served on a number of Committees including Administration and Procedure; Health, Ageing, Community and Social Services; and Justice and Community; and has held several Ministerial positions. She served as Deputy Speaker becoming Speaker of the Legislative Assembly for the Australian Capital Territory in October 2016.

Funding for Regional Initiatives is approved in the Small Branches Work Programme annually. Funding is provided specifically to facilitate a Clerk exchange, with a focus on strengthening technical capacity of the host Clerk and parliament. This is in line with the fund’s priority issue areas, identified at the previous Steering Committee meeting. Funding is available for two regions per year.

In early 2020, the network delivered a Sustainable Economic Development Workshop in Valletta, Malta between 29-31 January. As part of the Workshop a committee was formed to scrutinise and assess SED across the Commonwealth and developed a set of recommendations. The network will continue to pursue these recommendations over the course of 2021 and 2022 through a range of workshops and bilateral programmes.

In 2020, the network produced the Climate Change and Small States a Parliamentarian's Toolkit: A Guide for Effective Climate Change Action. In the lead-up to the UN Climate Change Conference (COP26) held in Glasgow, Scotland in November 2021, the network will continue to pursue a number of activities to embed learning from the publication and to further support small parliaments in adapting and mitigating climate change. The network will work with organisations such as UNESCO and the Commonwealth Small States Centre of Excellence and others to drive this agenda.

Formed by McGill University and led by Canada’s Social Sciences and Humanities Research Council, the network has undertaken research specifically focused on financial oversight conducted by legislatures of small jurisdictions. Research and resources will be published in 2021. In addition, the network continues to work with the Commonwealth Association of Public Accounts Committees (CAPAC) in supporting smaller jurisdictions and promoting best practice.

Taking place in advance of the CPA Annual Conference, the Small Branches Conference is an opportunity for Parliamentarians from small jurisdictions to examine and discuss strategies to meet the unique developmental needs of the CPA’s smallest Legislatures. The Conference includes four workshops which seek to will build parliamentary capacity and create greater opportunities for the sharing of knowledge, parliamentary strengthening and cooperation across the network.

The previous Conference, the 37th CPA Small Branches Conference has been held in Kampala, Uganda in September 2019. Find out more about the recommendations emanating from the Conference here.

The next 38th CPA Small Branches Conference is scheduled to take place in Nova Scotia, Canada in August 2022.

Blog | Seychelles: A Parliament for the Planet

The CPA Secretary-General reflects on the GLOBE COP26 Legislators Summit, hosted in Edinburgh from 5-6 November 2021
Read the blog

This Handbook serves as an information resource on the adoption of lay members into small states and territories' parliamentary systems.

The Toolkit seeks to support parliamentarians from small states and jurisdictions to increase their understanding of Climate Change and how best to ensure adaptation and mitigation strategies are in place domestically and internationally.

Use the 'Playlist' button (in-player, top right) to browse our webinars, masterclasses & more...