From 5 - 6 November, the CPA was represented at the GLOBE Legislators Summit organised to coincide with COP26. The Summit was held in Edinburgh and kindly hosted by the Scottish Parliament and its Presiding Officer, Alison Johnstone MSP. It was a pleasure to meet with the Presiding Officer just before she opened the Summit and to see the strong cross-party commitment in the Scottish Parliament to tackling climate change. 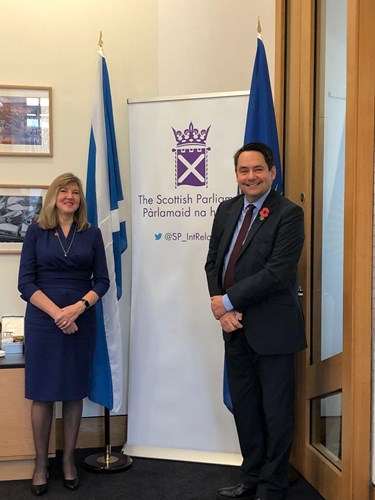 Above: The CPA Secretary-General Stephen Twigg with Alison Johnstone MSP, Presiding Officer of the Scottish Parliament, at the GLOBE COP26 Legislators Summit

When GLOBE first approached the CPA about the Summit, we were especially keen to ensure that the voices of our Small Branches and Commonwealth Women Parliamentarians be heard in Edinburgh. We arranged a delegation of three – Hon. Regina Esparon who heads the Women’s Caucus in the Seychelles National Assembly, Hon. Juan Watterson who is the Speaker in the Isle of Man and Vice-Chairperson of CPA’s Small Branches network and Claudette Buttigieg, Deputy Speaker of the Parliament of Malta.

I would like to thank the three parliamentarians for sparing the time in their busy schedules to be in Edinburgh where they each played an active and constructive role at the Summit. They joined fellow legislators from other Commonwealth Parliaments including Bangladesh, the Maldives, Nigeria, Tuvalu, South Africa, India, Jersey, Canada, the United Kingdom, Uganda and, of course, Scotland as well as colleagues from other jurisdictions. 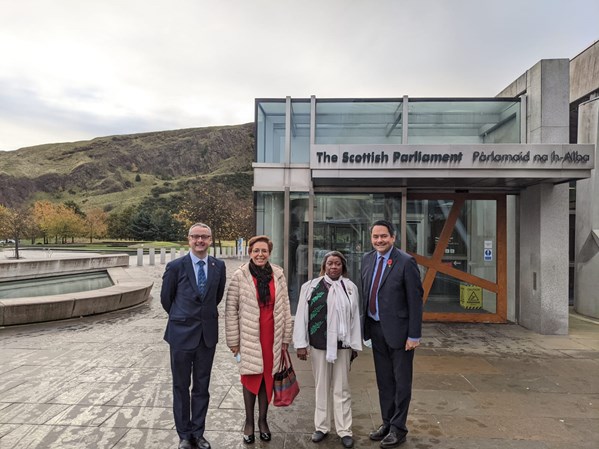 The mood at the Summit was captured very powerfully by the Speaker of the People’s Majlis of the Maldives, Mohamed Nasheed. He is a former President of his country who, in 2009, held a cabinet meeting underwater in order to demonstrate the impact of climate change on low-lying islands. His eloquent message to the Summit was that the COP26 commitments provided real hope for progress but that it is vitally important that words are put into action.

Small Island Developing States have played a vital role in pushing for urgent international action on climate change, biodiversity and the environment. Within the CPA, this has been reflected in the work of our Small Branches network on sustainable development and climate change.

One of the best sessions in Edinburgh was the one in which we heard from some members of Scotland’s Youth Parliament and Children’s Parliament. Their passion and understanding for this cause shone through and reminded everyone present that we have a shared obligation to the planet and its people both today and in the future.

Agenda 2030 sets out ambitious goals and targets for sustainable development. By bringing together the two great causes of promoting sustainability and tackling poverty, the SDGs provide a roadmap for the 2020s. I hope that commitments made at COP26 help deliver that roadmap.