The impact of COVID-19 has only shed further light on some of the difficulties women face. Gains made in the past decades towards gender equality are suddenly at increased risk of being rolled back. For many years, the responsibility of protecting and securing women’s rights and gender equality in Parliaments rested primarily on women Members of Parliament. However, in recent years, this responsibility has now shifted to Parliaments as institutions that are constituted to represent the interests of all citizens.

The Inter-Parliamentary Union defines a gender sensitive Parliament as a political institution that responds to the needs and interests of both women and men in terms of its structures, operations, methods and work. It is one that has removed the barriers to women’s full participation and offers a positive example or model to society at large. However, in order for Commonwealth Parliaments to become gender sensitive institutions, they ought to recognise the detrimental role of gender privilege and disenfranchisement, actively champion gender equality for all and acknowledge that issues such as parliamentary cultures, governing structures, facilities and institutional resources have the capacity to limit the equal participation of women and other underrepresented genders.

COVID-19 encouraged Parliaments to rethink approaches on how it can best conduct its business and adapt its way of working. Now, Parliaments have the opportunity to take stock and learn from both challenges and successes they have achieved during the pandemic in order to make an informed decision about what to do next or better post-pandemic. 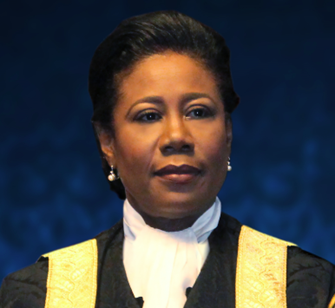 Mrs. Bridgid Mary Annisette-George, first entered Parliament as a Senator and Attorney General on November 8, 2007 in the 9th Republican Parliament. The then Attorney General, became the third woman to hold that post in the history of the Republic of Trinidad and Tobago.

Speaker Annisette-George, is the second female in national history to serve for a consecutive term as a Presiding Officer and is responsible for the management and general administration of the House.

The Speaker, is also the Chairman of the Public Administration and Appropriation Committee (PAAC), an entity that examines the expenditure of the Executive in accordance with the budgetary approvals as provided for by the Parliament. Speaker Annisette-George, currently serves as the Vice-President of ParlAmericas for the term (2020-2022) and represented the Caribbean, Americas and Atlantic Region on the Commonwealth Parliamentary Association’s (CPA) Working Group on Governance
between (2017-2021) and formerly served on the CPA International Executive Committee (2018-2020).

An alumna of St. Joseph's Convent, Port-of-Spain, Speaker Annisette-George is also a graduate of the University of the West Indies, having obtained her Bachelor of Laws in 1981 and thence her Legal Education Certificate from the Hugh Wooding Law School in 1983. Before assuming the portfolio of Speaker of the House, Speaker Annisette-George was a sole practitioner, having been admitted to practise law approximately forty (40) years ago.

Speaker Annisette-George, has held a wide variety of positions in both the private and public sectors including, Commissioner of the Port Authority of Trinidad and Tobago (1992-1995), Commissioner of the Securities and Exchange Commission of Trinidad and Tobago (2003), Chairman of the Diego Martin Regional Corporation (1999-2003) and Associate Tutor at the Hugh Wooding Law School in the areas of Probate Practice and Procedure; and Ethics, Rights and Obligations of the Legal Profession.

Speaker Annisette-George, is married with three children, a cultural enthusiast, enjoys reading and is passionate about the Arts. 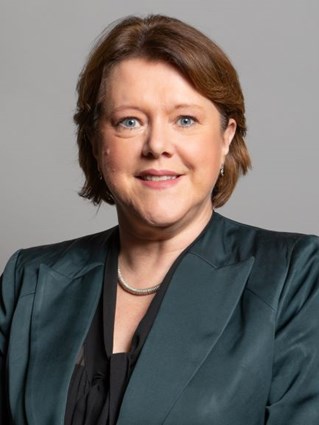 Maria was born in Wolverhampton on 26 March 1964. She is married to Iain Miller and they have three children, one daughter and two sons.

Maria was first elected to represent Basingstoke in the 2005 General Election.

Before entering Parliament, Maria worked for 20 years in marketing, including board level experience, and appreciates some of the pressures faced by working parents.

Maria was appointed Minister for Disabled People at the Department for Work and Pensions in the Coalition Government in May 2010 and was promoted to Secretary of State for Culture, Media and Sport, and Minister for Women and Equalities, from September 2012 to April 2014.

In June 2015 Maria was elected as Chair of the newly established Women and Equalities Select Committee. Maria was nominated for the position by MPs across the House in 2017 and was re-elected unopposed. 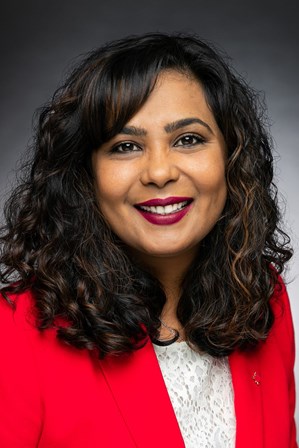 Iqra Khalid has served as Member of Parliament for Mississauga-Erin Mills since she was first elected in 2015. She has served in the International Human Rights subcommittee, as well as Chair of the Justice Committee and the Women’s Caucus. She currently serves on the National Security and Intelligence Committee of Parliamentarians, and as Vice-Chair of the Standing Committee on Access to Information, Privacy, and Ethics.

She is a strong advocate for women’s issues and a steadfast ally in the cause of human rights, speaking out on issues such as human trafficking, online hate, and the Rohingya Genocide. Throughout the COVID-19 pandemic, Iqra has worked with the Erin Mills community to help families, businesses, and local non-profits access the support they need. She has raised the alarm on escalating intimate partner violence, pushed for stronger supports for businesses and workers, and successfully advocated for investments in safe long-term care facilities as well as a national childcare system.

Iqra Khalid is a voice for the voiceless. As she serves her riding in Mississauga-Erin Mills, she continues to champion human rights and women’s issues in Canada and around the world. Iqra is also proud to have created the Erin Mills Women’s Council, the first of its kind, to advise her on the issues facing women in her riding. 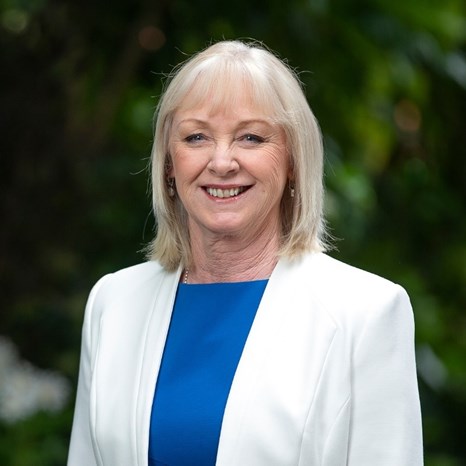 Hon. Jacqui Dean is a Member of Parliament in New Zealand representing the Waitaki electorate in the South Island.

Jacqui has been a Member of Parliament for 17 years, serving as the Minister of Small Business, Commerce and Consumer Affairs in the previous National Party-led government.

She is currently the National Party spokesperson for Conservation and is Assistant Speaker of the House of Representatives.

Jacqui also Chairs the Petitions select committee and the Culture Committee of the Parliamentary Commission.

This workshop focused on the challenges of actively recruiting women to enter politics after the pandemic. Issues that were faced by women Parliamentarians pre-pandemic have intensified during the pandemic.

The Speaker of the House of Representatives of Trinidad and Tobago stressed that Parliaments should actively work at the recruitment and retention of women working in parliamentary administration and other internal staff, not just as elected officials. Parliament should be a place where women want to contribute; not just a place to work.

A Member of the House of Commons of the UK stated that political parties have been left to fix the problem of gender equality, but feels that Parliaments have a pivotal role in ensuring that more women are elected. The Member urged all of CPA to support women to become Parliamentarians as after more than a decade of work, we have not made as much progress as needed.

A Member of the House of Commons of Canada discussed the need for more family friendly sitting hours and improving the quality of life for Parliamentarians. Hybrid sittings gave the opportunity for Parliamentarians to be in their constituency and vote in the House without travel. There is political will amongst Parliaments to explore the idea of virtual participation to facilitate participation for people that would traditionally be unable to contribute due to the working hours required.

The third panelist, a Member of the Parliament of New Zealand, acknowledged how hard COVID-19 has been on all communities but has also provided an opportunity to think how we run our Parliaments. The focus for New Zealand in the past five years has been on making the Parliament more accessible and family friendly which in turn can change the dynamics and atmosphere within Parliament. It was suggested that the pressure and tension in Parliament can be released by the addition of children and small dogs.

As part of the Commonwealth Parliamentary Conference outcomes, each workshop put forward a recommendation. The following recommendation was approved:

“Commonwealth Parliaments should use lessons learnt from the COVID-19 pandemic to proactively explore gender sensitive practices and policies.”