The CPA Regional Conference, hosted by the Northern Ireland Assembly from 21 – 22 September 2021, focussed on the theme of ‘Post-Pandemic Parliaments.’ Across the course of two days, the Acting CPA Chairperson, Hon. Ian Liddell-Grainger MP (UK), the CPA Secretary-General, Stephen Twigg, and more than 50 Speakers, Members of Parliament, Clerks, and officials participated in a series of workshops on the impact that COVID-19 will have on the future of parliamentary democracy. Sessions explored topics such as emergency legislation, the future of hybrid Parliaments, and vaccine responses, acknowledging the common challenges that the pandemic continues to pose for Parliaments and Legislatures in the Region and elsewhere in the Commonwealth.

“The impact of the COVID-19 pandemic on the world, and all our individual jurisdictions, has been unlike anything in living memory. The Northern Ireland Assembly, like all legislatures, had to review its procedures almost overnight and adapt and innovate at speed to ensure that the essential legislative, scrutiny and accountability functions of the Assembly could continue. This Conference provides an opportunity to assess and share experience about how parliamentary institutions have adapted to this emergency situation and consider lessons to inform us as we hope to increasingly focus on the pandemic recovery.” 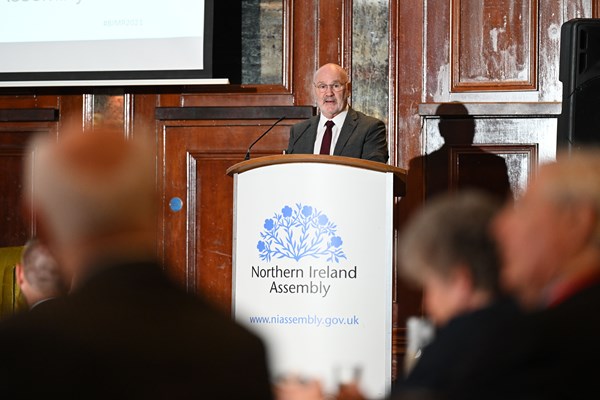 Above: Alex Maskey MLA, Speaker of the Northern Ireland Assembly, speaks to delegates at the opening of the Regional Conference. To view further images of the event please click here.

The programme, designed to showcase Northern Ireland’s history and diverse economy, featured a tour of the Parliament Buildings, known as Stormont, and a visit to the Balmoral Show, Northern Ireland’s largest agri-food event, where a series of presentations were given on the future of the agri-food industry post-COVID.

The CPA Regional Conference expanded upon existing work done by Branches both within the Region and across the entire Association. COVID-19 is the 2020/2021 Strategic Theme for the CPA BIM Region and in August a report was published examining the lessons that Parliaments can learn from the different responses to COVID-19 across the Region. 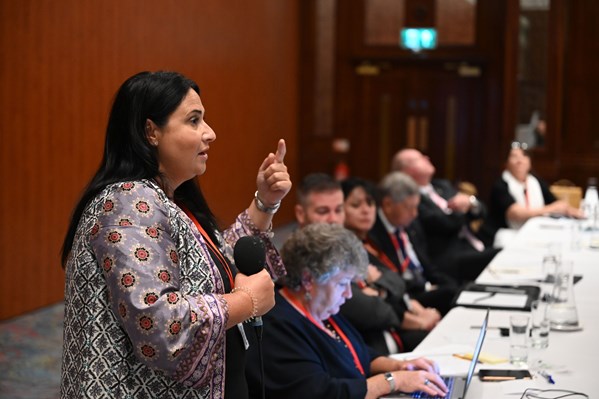 “Mutual learning is a crucial part of the response to the pandemic and at the core of the mission of the CPA. To make Parliaments stronger, more effective and fully independent, we must learn from each other. The CPA will continue to provide a forum for Parliamentarians and parliamentary staff to come together and share their ideas and strategies as the pandemic recovery continues.”

In the margins of the Regional Conference, the CWP BIM Steering Committee also met to discuss upcoming activities and the network’s ongoing efforts to make Parliaments more gender-sensitive institutions.

At the conclusion of the Regional Conference, Hon. William Humphrey MBE MLA, Chairperson of the CPA Northern Ireland Branch, said:

“I hope that this Conference has shown that Northern Ireland is a changing place. It’s for all of us to work together, in Northern Ireland and in the Commonwealth, to share information to ensure that the challenges we face will be met together. Our different experiences will make us stronger together as Members of the CPA.”

“It was fantastic to be in Belfast for the CPA British Islands and the Mediterranean Regional Conference. Hosting a hybrid event gave us a great opportunity to meet in-person again and share what we have learned in the last year-and-a-half about adapting the institution of Parliament in an emergency. The CPA thrives on sharing best practice and, as we look ahead to the pandemic recovery, close collaboration between Parliaments will be essential to strengthen the resilience of our institutions.” 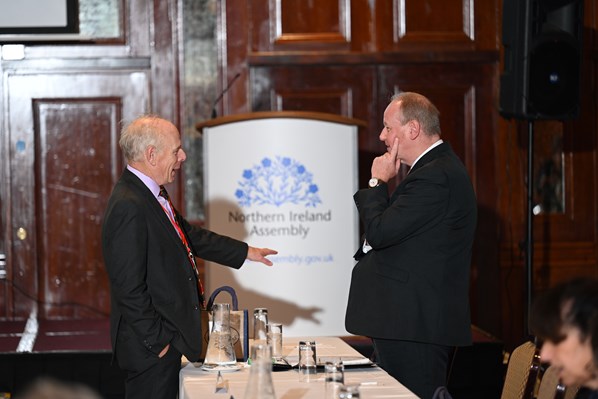 The CPA British Islands and Mediterranean Region is one of the nine regions of the Commonwealth Parliamentary Association. It consists of thirteen Legislatures, from the United Kingdom, one of the largest Legislatures in the Commonwealth, to Alderney, the smallest. The Regional Secretariat is based within the CPA UK Branch, and undertakes a number of programmes, including Election Observation Missions to Crown Dependencies and UK Overseas Territories.

This toolkit provides various measures and recommendations that can be adopted by both Parliaments and Parliamentarians in order to continue to deliver on the Legislatures’ role of scrutinising legislation and delivering democracy during a global pandemic.

The Commonwealth Parliamentary Association Strategic Plan for 2022-2025 sets out its support for our membership of 180 Commonwealth Parliaments as well as how the organisation will advance and develop support to CPA Members through focusing on six core objectives and cross cutting themes that will be mainstreamed across CPA operations and workstreams.

Blog Post: Democracy Looks Different: How the pandemic changed Commonwealth democracies
On International Day of Democracy 2021, the CPA launches a series of blog posts taking a look at the ways in which, as a result of the pandemic, ‘democracy looks different in 2021’.
BIM Region
Learn more about our British Islands and Mediterranean Region
What We Do
Find out more about our projects, programmes, outputs and activities
Knowledge Centre
Find out about CPA publications and resources