Parliamentarians from the Australia and Pacific Regions have focused on strengthening democracy to face modern challenges at the 51st Presiding Officers and Clerks Conference (POCC), hosted by the Victoria Parliament in Melbourne, Australia from 4 to 8 July 2022. The theme of this year’s conference was ‘Democracy’s Way Forward’.

The regular event is hosted by a different Parliament each year as a conference of the Parliaments of Australia and the Pacific, and it is open to Presiding Officers and Clerks from Parliaments across the two Regions. This was the first time the event was held since 2019 due to COVID and Parliamentarians considered the ways in which Legislatures have had to adapt their processes due to COVID-19 and what more can be done to better engage communities in the work of Parliament.

Delegates from 18 Parliaments discussed the revitalisation of democracy, and how Parliaments can best meet the challenges of a rapidly changing world, for the people they represent. They also participated in workshops and present conference papers on a range of topics. 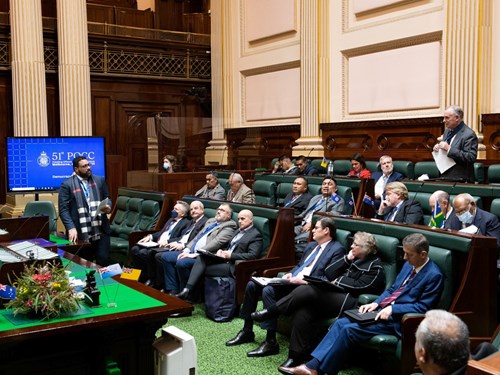 “Democracy itself is being challenged in various parts of the world but the resilience of our parliamentary institutions is something we can all be proud of - a strong foundation from which to consider the requirements of the times we now face.” He also said that the conference was an important opportunity to show that Parliaments are committed to moving forward through democratic practices and that democracy offers the best hope for all of us to address the issues we face in a just and inclusive way.

One of the attendees, the Speaker of the Parliament of New Zealand, Rt Hon. Trevor Mallard, MP said this conference offered a valuable opportunity to share ideas, impart knowledge, and grow global connections for stronger Parliaments.

“The work of the parliamentary agencies and Presiding Officers is essential for every Parliament, and after the past two years, having the opportunity to share with and learn from our neighbouring parliamentary colleagues has never been more important.”

The next POCC will be hosted by the Solomon Islands in 2023.

As part of the POCC conference, meetings were also held to discuss the twinning programs between Parliaments in the CPA Australia and CPA Pacific Regions. Under the twinning arrangements, joint capacity building and professional development initiatives are conducted for Parliamentarians and parliamentary staff. 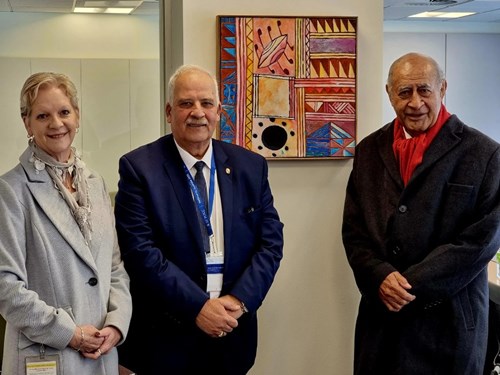 The Deputy Speaker explained that

“Davui in the Fijian language stands for the conch shell that is used widely in the Pacific to call people together. And so it will be that in the Davui Room people will be called together to discuss significant issues being considered by our Parliament and its Committees.”