The Acting Chairperson of the Commonwealth Parliamentary Association (CPA), Hon. Ian Liddell-Grainger MP, has visited Guernsey this week to meet the leaders of the States of Deliberation (the Parliament of Guernsey), marking his first ‘in person’ visit to a CPA Branch since becoming the Acting Chairperson of the CPA Executive Committee in April 2021.

The visit, which took place from 7-9 September 2021, saw the Acting CPA Chairperson meet with parliamentary leaders from the States of Deliberation in Guernsey, including the Bailiff (Presiding Officer) and CPA Guernsey Branch President, Richard McMahon; the Chief Minister, Deputy Peter Ferbrache; and the CPA Guernsey Branch Chairperson, Deputy Lyndon Trott, among others. Discussions centred on the ongoing CPA and Commonwealth engagement with the Guernsey Branch and the range of support available from the CPA Headquarters Secretariat. The Acting CPA Chairperson also watched proceedings at the States of Deliberation, which acts as both the legislature and government of Guernsey. 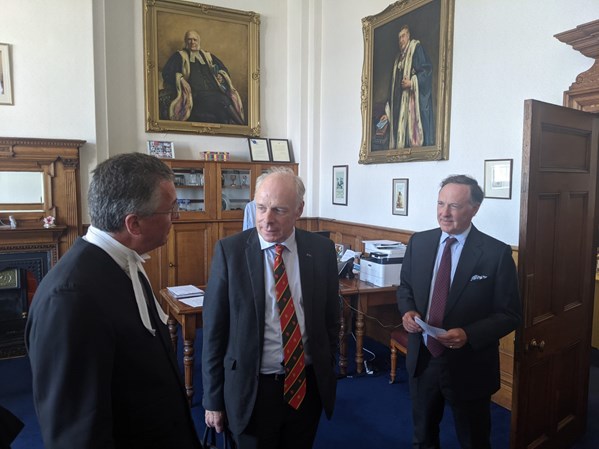 The Acting CPA Chairperson also delivered a presentation to new and returning Deputies in the States of Deliberation. Guernsey held a general election in October 2020, returning 38 Deputies in a newly reformed, single 38-member constituency – the outcome of a 2018 referendum on electoral reform. The CPA British Islands and Mediterranean Region conducted the first International Election Observation Mission in Guernsey during the election.

The Acting CPA Chairperson spoke to deputies about the CPA’s mission and the range of opportunities available across professional development, knowledge sharing and mutual learning between Commonwealth Parliaments. He commented:

“the great strength of the CPA is the tremendous convening power of its network, bringing together over 17,000 Parliamentarians from over 180 Legislatures, representing approximately 2.4 billion citizens. Unique to the Association is also its representation of Legislatures across national, state, provincial and territorial levels including Guernsey.” 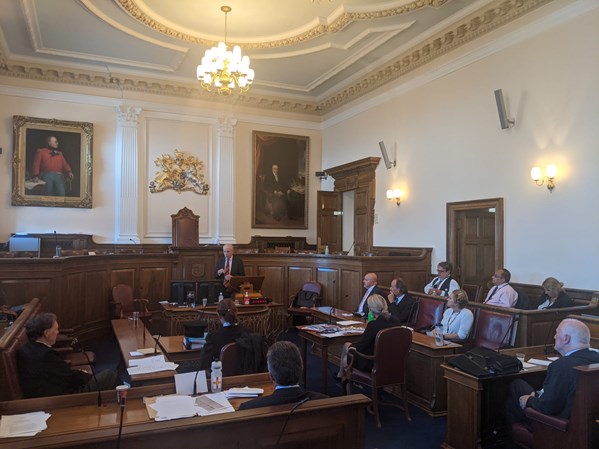 Hon. Liddell-Grainger MP speaks to new and returning deputies of the States of Deliberation at the Royal Court, Guernsey

Securing finance for climate change and environmental sustainability is an ongoing issue for small jurisdictions and as a result, the issue has been embedded as a thematic priority in the CPA Small Branches Strategic Plan 2021 – 2023. The Acting CPA Chairperson, therefore, spoke about how Guernsey can share best practice and expertise across the CPA Small Branches network for the benefit of other small jurisdictions in the Commonwealth.

Deputy Lyndon Trott, Chairman of Guernsey Finance and current non-Officer Trustee of the CPA, recently wrote an article for The Parliamentarian showcasing Guernsey’s leadership in this area.

The Bailiff of Guernsey, Richard McMahon, who formally welcomed the Acting CPA Chairperson to Guernsey, commented:

“Guernsey has enjoyed close links with the Commonwealth Parliamentary Association for many years and has capitalised on its network of Commonwealth Parliaments, particularly other small jurisdictions.  I am delighted that Guernsey receives recognition for its contributions to the Association. I’m also thankful to the innumerable opportunities that the CPA provides to the States of Deliberation, both in its institutional capacity building and professional development for Deputies and officials.” 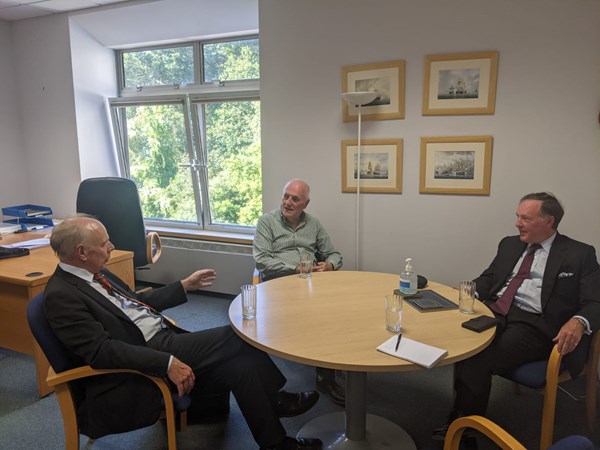 Find more information about the CPA Guernsey Branch and the States of Guernsey here.

Twenty-one Members of Parliament from sixteen small states and jurisdictions learned how to navigate the multilateral climate landscape and implement effective climate action.