The Chairperson of the Commonwealth Parliamentarians with Disabilities (CPwD), Hon. Dennitah Ghati, HSC MP (Kenya) has been recognised with an award for championing the interests of people with disabilities in the National Assembly of Kenya.

Hon. Dennitah Ghati, HSC MP was recognised for a motion that she proposed in the National Assembly of Kenya urging the government to provide assistive devices and medical items free of charge to people with disabilities as well as providing replacement items when they become worn-out. 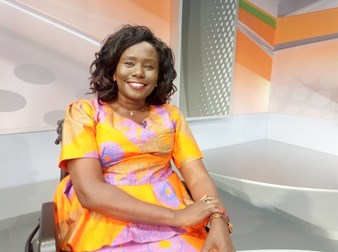 The Mzalendo Trust, a parliamentary monitoring organisation in Kenya, made awards to 12 Senators and Members of the National Assembly of Kenya in recognition of their ‘outstanding performance in championing public interest issues in Parliament’. The awards were announced at The People’s Shujaaz Awards ceremony, which was held in Nairobi.

Many of the legislators were recognised for sponsoring different pieces of legislation and seeking statements in Parliament in many different areas including education, health, welfare, food security, water and sanitation, and children’s and youth affairs. Other areas highlighted were the environment and natural resources, energy, COVID-19 responsiveness and devolution. 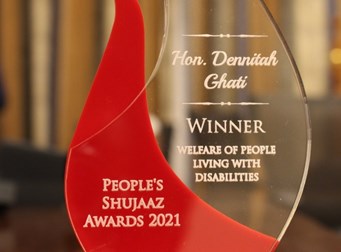 A statement from the award’s organisers said that:

Members of the public were able to vote in the awards online and via SMS.

International Day of Persons with Disabilities: Statement by CPwD Chairperson

Statement by Hon. Laura Kanushu, MP, on International Day of Persons with Disabilities 2022, plus reports from Commonwealth Parliaments.