The Commonwealth Women Parliamentarians (CWP) network hosted its sixth virtual roundtable on gender sensitive Parliaments on 24 June 2021 shifting its focus to the CPA India Region. The roundtable is anticipated to be the first of two workshops planned for the India Region and invited attendees to speak to the very important matter of gender equality, serving as a great platform for inspiring discussions.

The Parliamentarians and parliamentary staff in attendance from the India Region agreed on the need for increased gender sensitivity and inclusivity within their Parliaments and discussed their existing ambitions and the various challenges to progress.

The forum also gave attendees the opportunity to hear from Dr Sarah Childs, Professor of Gender and Politics at Royal Holloway University of London, and the author of the CWP Gender Sensitising Parliaments Guidelines: Standards and a Checklist for Parliamentary Change, on the various possible implementation strategies for adopting gender sensitive practices in their respective Parliaments. 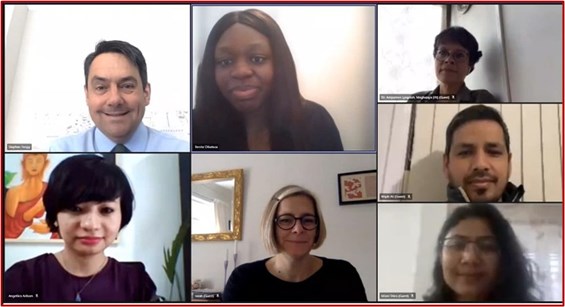 ‘gender sensitising is not just a matter for women, but Parliaments should look to critical actors [academics, members of civil society, the Speaker] and male allies in position of power’. She continued ‘gender sensitising a Parliament is not a cheap option done on the free work of committed Members whether male or female’ and that ‘accountability is really important and critical to bringing about change’.

Two members of the Meghalaya State Legislature, Hon. Dr M. Ampareen Lyngdoh, MLA and Hon. Miani D. Shira, MLA spoke about their personal experiences as Members of the Legislative Assembly and highlighted some of the challenges that women Parliamentarians across the India Region face that hinder their ability to be effective and successful women in Parliament.

‘something we should take forward from today’s event is to think about ways of brokering some introductions across the different Regions’ and engage in some ‘cross-regional discussions that will be mutually beneficial’ for different CPA Branches.

In addition to the CPA Meghalaya Branch, participants at the roundtable attended from the CPA Rajasthan Branch as well as the Founder of Femme First Foundation, Angellica Aribam.

This CWP roundtable is the sixth event in the series of virtual regional discussions which aim to target all nine Regions of the CPA. The roundtables aim to increase the number of gender sensitive Parliaments across the Commonwealth by facilitating dialogue and an exchange of best Commonwealth practices.

The programme succeeds the recently published CWP Gender Sensitising Parliaments Guidelines: Standards and a Checklist for Parliamentary Change that was successfully launched in October 2020. These guidelines provide an outline of gender sensitising standards which Commonwealth Parliaments can use as a benchmark to achieve.

The Commonwealth Women Parliamentarians (CWP) network anticipates hosting a second roundtable for the India Region at a date that is to be confirmed.
For more information about how your Region can participate in a CWP Roundtable: Gender Sensitive Parliaments in the 21st century virtual roundtable discussion and for future dates, please contact CWP Network Coordinator, Ms Bénite Dibateza at benite.dibateza@cpahq.org.