Young citizens from across the Commonwealth have participated in a week-long virtual ‘mock’ Parliament, giving them the opportunity to debate contemporary policy issues and learn about the functioning of parliamentary democracies.

Organised by the Commonwealth Parliamentary Association (CPA), the Virtual Commonwealth Youth Parliament took place from 18-22 October 2021 and was held completely virtually for the second time. In total, 63 Commonwealth citizens aged under 30, representing 40 different Commonwealth Legislatures, took part in the programme. 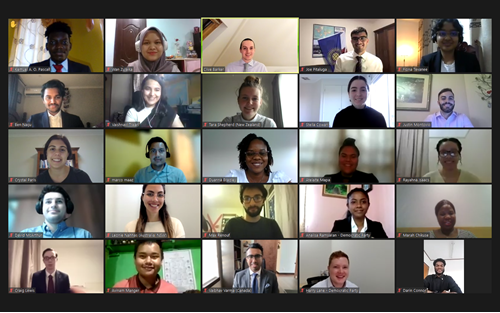 Youth delegates acted as Members of Parliament for the fictional jurisdiction of ‘Abarat’. They were initially split into two political parties plus a small number of independents, who joined together to form a third party early in the week. The central issue under debate was a mock Bill proposing that the jurisdiction adopt vaccine passports to allow for travel both into and out of the jurisdiction. Sessions were designed to replicate real parliamentary processes and included intra-party meetings, Committee hearings, and a debate on the Bill.

Whilst strong debate in the virtual chamber occurred throughout the week, building cross-Commonwealth connections and friendships equally remained at the heart of the programme. Participants interacted with one another both formally and informally, through virtual meetings and online groups, and continued the conversation on social media. 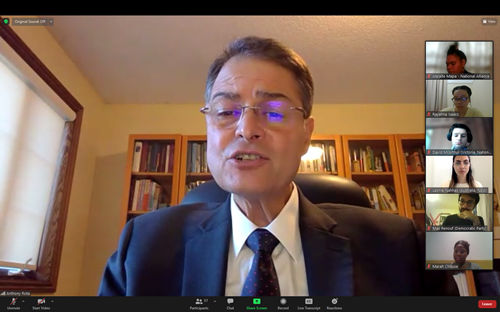 Speaking at the opening ceremony, the CPA President, Hon. Anthony Rota MP, the Speaker of the Canadian House of Commons, emphasised the importance of these connections, telling participants:

“I believe you will build relationships that will last a lifetime. That’s the wonderful thing about events like the Commonwealth Youth Parliament. They open the doors to knowledge, friendships and experiences.”

Reflecting on the week, Christy O’Neill, Leader of the Independent Party at the Virtual CYP (United Kingdom) agreed:

“I have learned so much through taking part in the CYP. Not only have I had the privilege of engaging with like-minded individuals on various matters of importance in contemporary society, but I have also had the opportunity to learn about parliamentary processes, mechanisms and debates. The experience has been invaluable, and I cannot recommend it any more highly.” 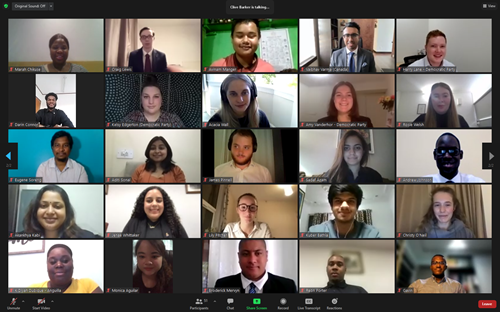 “For anyone who has an interest in government, politics and who wants to experience the parliamentary and legislative process first-hand, I cannot recommend the CYP programme enough. Aside from the educational value and personal development, be that in terms of leadership or public speaking skills, it is a great opportunity to forge meaningful relationships with other like-minded individuals from around the Commonwealth. I've walked away from the Virtual CYP 2021 with a refined skillset, fond memories and life-long friendships.”

The CPA Secretary-General, Stephen Twigg highlighted that the CPA’s youth engagement work, through programmes such as the Commonwealth Youth Parliament, seeks to equip young people with the skills to play an active role in decision-making processes. 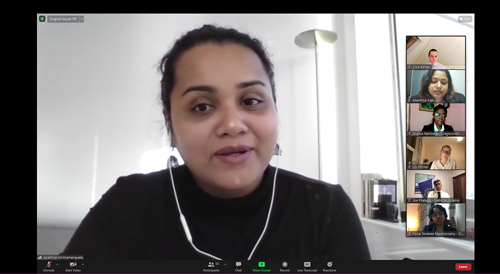 The United Nations Youth Envoy, H.E. Jayathma Wickramanayake from Sri Lanka noted that these programmes are more important than ever in the face of growing distrust and alienation amongst young people in democracies across the world. Speaking to participants at the opening ceremony, she said:

“We need to create safe spaces for the meaningful inclusion of young people and make sure that young people can speak freely about their own lived realities and experiences.”

The Commonwealth Youth Parliament is held annually and many of its former participants have become Parliamentarians in their own jurisdictions, including Senator Sam Mézec from Jersey, who acted as a Presiding Officer for part of this year’s Youth Parliament. The virtual event also featured some of the youngest current Parliamentarians in the Commonwealth including Hon. Te-Hani Brown MP from the Cook Islands and Hon. Kyle Knowles MP from Turks and Caicos.

The Commonwealth Parliamentary Association (CPA) has created a Teachers’ Resource Pack on the ‘Commonwealth, Parliament and Democracy’, in collaboration with the British Council and the Commonwealth Secretariat. The pack is designed for teachers to assist students aged 7-14 in learning and thinking critically about the Commonwealth, parliaments and democracy more broadly.

21 May 2022, 12:00
Guyanese Parliamentarians gather expertise from across the Commonwealth at CPA seminar
News

Guyanese Parliamentarians gather expertise from across the Commonwealth at CPA seminar

Members of the Parliament of Guyana have taken part in a professional development seminar delivered by the Commonwealth Parliamentary Association (CPA) from 10 to 11 May 2022.

The first Conference of Speakers and Heads of African Parliaments (CoSAP) was held in Abuja, Nigeria from 9 to 10 May 2022 on the theme of ‘Enhancing Africa’s Post-COVID economic recovery through parliamentary leadership’.