Senior Members and officials of the National Assembly of Seychelles, along with officials from the Government of Seychelles, have benefitted from a workshop delivered by the Commonwealth Parliamentary Association (CPA) Headquarters from 23 to 24 January 2023.

The National Assembly Council of Seychelles, headed by the Speaker, Hon. Roger Mancienne, MP and including the Deputy Speaker, Leader of Government Business, Leader of the Opposition, Whips and senior officials participated in the workshop, which was held at the National History Museum, Victoria, Mahé.

The workshop was delivered with the support and contributions of Huw Williams, Clerk’s Office at The Scottish Parliament and Matthew Salik, Head of Programmes at the CPA. 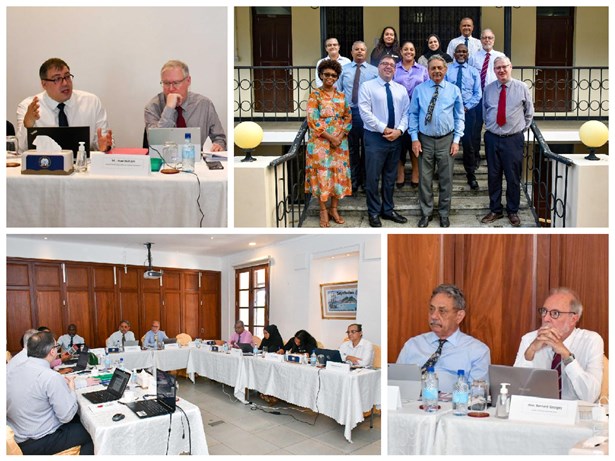 The programme aligns to the strategic objectives of the CPA to uphold the principles of the separation of powers enshrined in the Commonwealth Latimer House Principles and the Commonwealth Charter. The National Assembly Services Bill 2022, which forms the basis of the programme, was built upon the Model Law for Independent Parliaments published by the CPA in 2020.

The Speaker of the National Assembly of Seychelles, Hon. Roger Mancienne, commented:

“I would like to thank the Commonwealth Parliamentary Association for this workshop which has been very helpful in developing better practices for our future. I’ve appreciated the insight that the resource team have brought from their own Parliaments and the spirit in which they have delivered their observations in this exchange with us. I extend our gratitude to the CPA as an organisation for the support it has provided us, not only today but in all of our previous interactions as well.”

The Commonwealth Parliamentary Association (CPA) has developed a Model Law for Independent Parliaments to help empower Parliaments to take control away from the Executive to ensure it has the administrative, operational and financial resources it needs to function effectively.